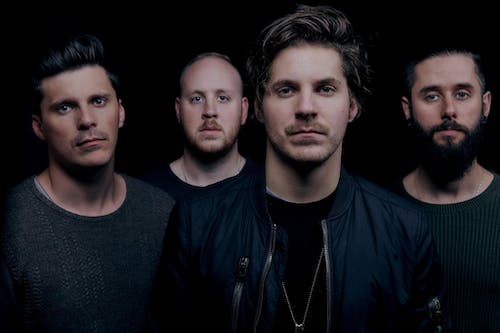 About Our Last Night

New England born post-hardcore band Our Last Night, have carved their own path over the last 15 years. Learning that the record label route wasn’t best suited for them, they have been fully independent with no label and no management since 2013. With the music industry ever evolving, Our Last Night's freedom from the constraints of traditional label practices, has allowed them to become pioneers of the digital age.

They have constantly developed their own sound with every release, and 2013’s Oak Island, saw them release both an Electric and Acoustic version. Taking influence from the US Top 50 they released a cover E.P the same summer. The band has gone on to cover some of the biggest songs on radio to date, including Kendrick Lamar’s - Humble. Their 5th studio album “Younger Dreams" arrived in the summer of 2015, continuing the bands style for poignant lyrical content. This was proceeded by the bands seven song release “Selective Hearing” giving them their new crowd favorite single "Common Ground”.

Heading in to 2019 still completely independent the band have released “Let Light Overcome” an 8 track monster first offering from what is too be a two part concept album, with the 2nd half due later this year. 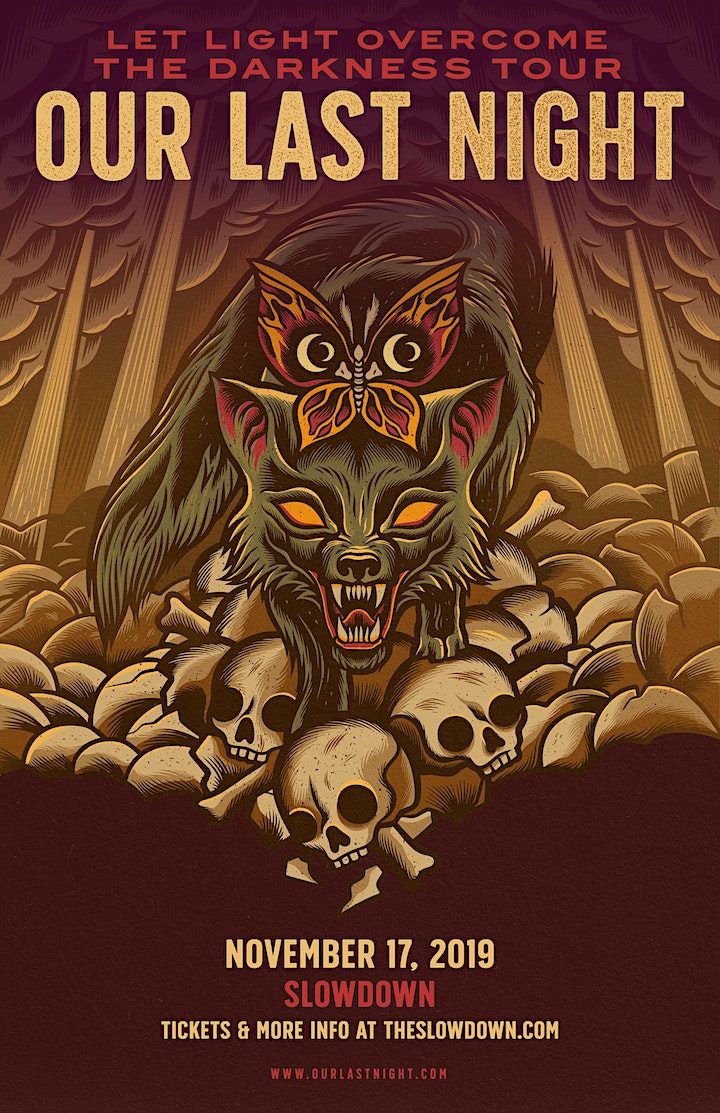 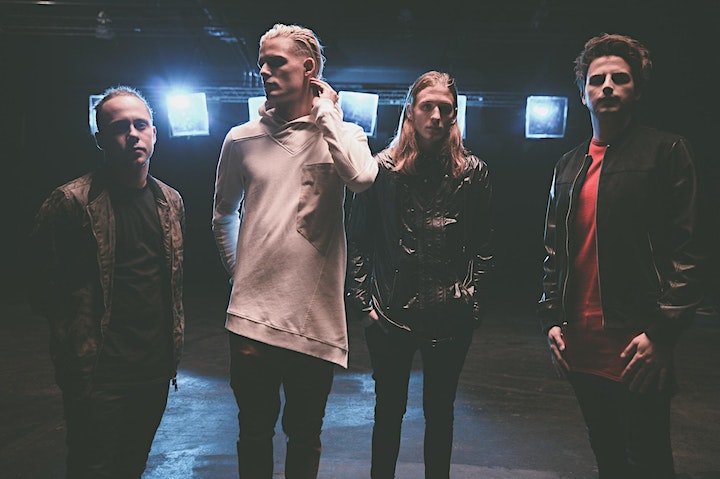 About I See Stars

“This is the most time we’ve had to create an album since 3D,” Devin admits. “We actually had time to reflect on our past, but most importantly what we want to become. Beyond the music, it felt like an evolution for us emotionally. We finally feel like the band we were meant to be. If you strip it down, it’s not just drums, guitar, bass, vocals, and minor production. The electronic aspects could be their own songs, and we aim to blend everything as seamlessly as possible.”

This methodical and meticulous approach has defined the band since day one. Their musical hybrid started to turn heads on the one-two punch of 3-D [2009] and The End of the World Party [2011]. Digital Renegade [2012] would vault them to national prominence, going Top 10 on Billboard’s Alternative Albums Chart and Top 20 on the Rock Albums Chart. In addition to boasting features from platinum-certified The Voice winner Cassadee Pope and Danny Worsnop (ex-Asking Alexandria, We Are Harlot), it cemented I See Stars as a fan favorite on tour, sharing bills with everyone from Of Mice & Men and Attila to Breathe Carolina and Black Veil Brides as well as hitting The Vans Warped Tour. Along the way, they’d grace the stage at Jimmy Kimmel LIVE! and earn acclaim from Alternative Press, Revolver, Ultimate Guitar and more. New Demons [2013] solidified their status as headliners, while the music continued to naturally evolve.

“We went into making this record mindfully,” he admits. “It’s important to deliver the live performance as close to the album as possible. I wanted to step up. I had no idea what a challenge it would be; it was like learning a different language.”

Releasing the acoustic album Phases and its subsequent tour would offer new perspective for the boys. Devin started dissecting ideas for what would become Treehouse, while diligently pushing to expand his range on the road. The group’s diehard audience would immediately prove receptive to his new role handling both styles.

“We’ve had so many changes, and it’s an important time,” he goes on. “When we got back on stage, I had no idea what to expect, but our fans came out and showed love when we needed it the most. We wanted to give them what they deserve, which is the best record possible.”

In order to achieve that vision, the musicians took a different route. To record Treehouse, they enlisted a cadre of producers including Erik Ron [Panic! at the Disco, Saosin], Nick Scott [Asking Alexandria, Chunk! No, Captain Chunk!], and Taylor Larson [Periphery, Veil of Maya] as well a mixing by David Bendeth [Paramore, Breaking Benjamin]. They would also track the bulk of material in Los Angeles—another first—and the rest in Detroit.

I See Stars introduced the album with the skittering stomp and smash of “Mobbin’ Out.” Tempering an edgy groove with an undeniable hook, it’s an irresistible and insurgent anthem.

“The song was about some of the recent struggles in the past few years,” he says.

The shimmering “Calm Snow” begins the record with an entrancing cinematic crescendo juxtaposing keys and striking vocals. Elsewhere, “Everyone’s Safe in the Treehouse,” mixed by Bendeth, showcases the marked progression as each element shines and culminates on an arena-size chant.

“Lyrically, this one discusses family issues,” continues Devin. “The past year has been really hard. I realized I’m on my own, and it’s do or die with this band. It’s my life.”

It’s that honesty which will continue to resonate the loudest among listeners and why I See Stars shine.

“This is the most honest we could be,” Devin leaves off. “That’s what I want people to see.” 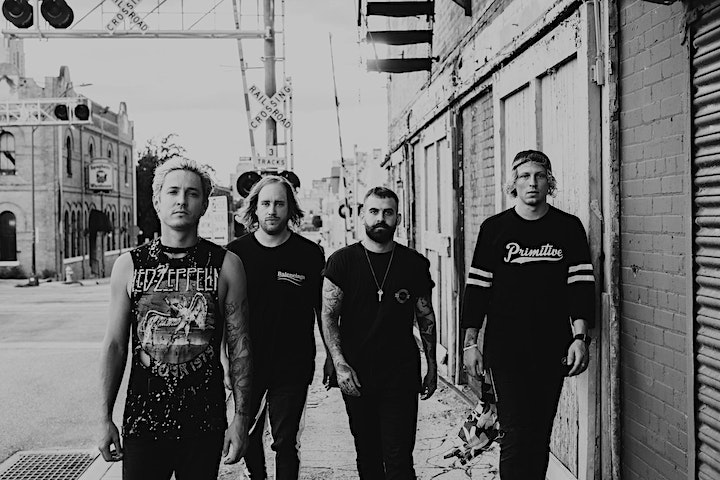 About The Word Alive

Since 2008, The Word Alive have steadily maintained a course towards the forefront of alternative heavy music and have continued their upward trajectory ever since. The Phoenix-based quartet — Telle Smith [vocals], Zack Hansen [guitars], Tony Pizzuti [guitars], Matt Horn [drums] toss and turn between visceral power and entrancing emotionality encased in swathes of otherworldly electronics. It’s a singular sound that has naturally evolved since their debut record, Deceiver, and continued through their most recently release of Violent Noise. They’ve earned acclaim from the likes of Alternative Press, Revolver, Guitar World, and Modern Drummer and supported I Prevail, Killswitch Engage, A Day To Remember, Motionless In White, among others, and are known for their ability to ignite crowds across the globe. 2018’s Violent Noise represents the culmination of a decade and the unbreakable bond shared by the band and their fans. Telle, Zack, and Tony. Now, over 11 years after forming they continue to show they haven’t lost their spirit, as they’ve celebrated “10 Years Of The Word Alive” across America, Europe and the UK in 2019.

As a thank you to long time fans as they embrace change and continue to push boundaries, they will be pausing working on new music to bring you an unforgettable and highly demanded DECEIVER ENTIRETY TOUR with longtime friends and tour mates Miss May I. 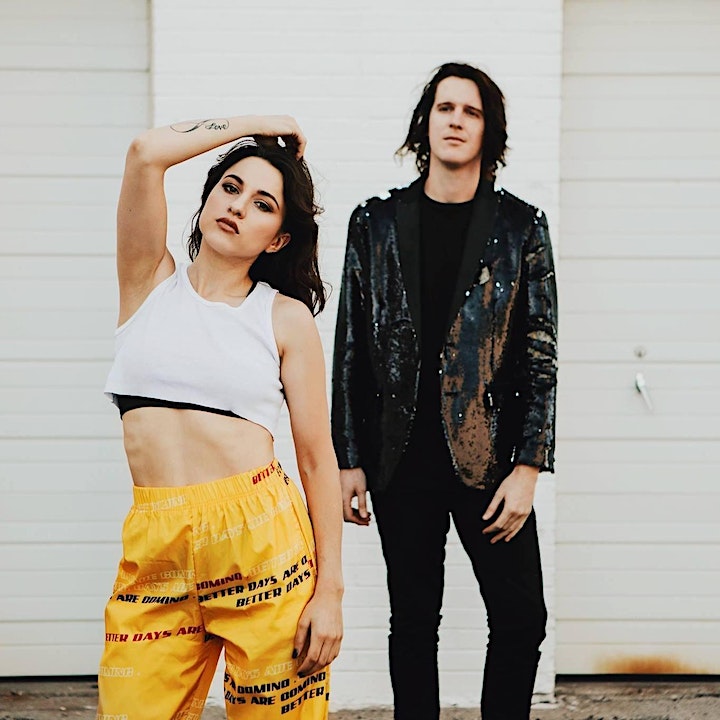 Ashland is a pop rock band from Illinois signed to Rise Records. Their latest EP "misc" was released in 2018 and garnered the attention from Alt Press and Rock Sound. Recently toured with OWEL and several dates of Sad Summer Fest.