Devendra Banhart has partnered with PLUS1 so that $1 from every ticket sold will go to World Central Kitchen's effort to provide hot, nutritious meals to Venezuelan refugees. https://www.worldcentralkitchen.org

Banhart emerged seemingly out of nowhere in 2002 with his first CD collection, Oh Me Oh My…The Way the Day Goes By the Sun Is Setting Dogs Are Dreaming Lovesongs of the Christmas Spirit, compiled by Swans frontman Michael Gira for his Young God label from homemade recordings the itinerant Banhart had amassed as he traveled the world. He was born Devendra Obi Banhart in Houston, Texas, but spent his childhood in Caracas, Venezuela; as a teenager, his family returned to the States, relocating in Southern California, where he soon became enamored of skateboard culture. “Ballad of Keenan Milton,” in fact, is an homage to the legendary skateboarder, who died tragically in 2001 in a freak accident.

Music was always a passion for Banhart, and he discovered it in ways both magical and haphazard. As a boy in Caracas, says Banhart, “I was surrounded by salsa, merengue, cumbia, some bossa nova—that was ubiquitous, you’d hear it on any street.” In what could be an excerpt from a David Sedaris monologue, Banhart claims he found his own voice one day when he was home alone and impetuously donned one of his mother’s dresses, grabbed her hair brush and started to sing. What came out was a prepubescent sound he could call his own, a touchstone, something that echoed, years later, in the falsetto of his early albums. In high school, Banhart became obsessed with rocksteady, bluebeat, and ska, which he’d learned about via skateboarding videos.

Finishing high school, he thought he would pursue a visual arts career so he enrolled at the San Francisco Art Institute, but he soon dropped out in favor of exploring music. He has, however, successfully maintained a parallel career as a painter: Banhart’s distinctive, minutely inked, often enigmatic drawings have appeared in galleries all over the world, including the Art Basel Contemporary Art Fair in Miami; the San Francisco Museum of Modern Art; the Palais des Beaux-Arts in Brussels; and Los Angeles’ Museum of Contemporary Art. He has created the cover art for most of his records, and in 2010 his artwork and packaging for What Will We Be was nominated for a Grammy.

San Francisco had an indelible influence on Banhart; the flamboyant dressing he adopted that entranced the fashion crowd (and fueled the “freak folk” and “New Weird America” labels the press attached to him) was inspired in part by the seriously subversive cross-dressing culture of San Francisco’s legendary performance troupe the Cockettes.

Like Nonesuch label-mates Caetano Veloso and David Byrne, with whom he shared a stage at Carnegie Hall, Banhart has embraced an astonishingly wide range of musical ideas, from folk to blues to the avant garde. He extols the late Arthur Russell, a relentlessly eclectic artist who was impossible to pigeonhole in his brief lifetime, and Banhart has brought back into the spotlight forgotten artists like late-’60s singer Vashti Bunyan, whose psychedelic folk he championed. He has collaborated with Brazilian legends Os Mutantes, the Swans, Antony and the Johnsons, and Beck, among others, and has engaged in art projects like conceptualist Doug Aitken’s monumental 2012 Song 1 video installation on the façade of the Hirschhorn Museum in Washington, DC.

For Banhart, his career remains “an adventure and an exploration.” Banhart admits, “I don’t really take care of my voice, but, just like with playing guitar, you get more familiar with it, and you get better at it. I’ve always said that I’m very good at not knowing how to play the guitar but, really, it’s just that I’m very comfortable with the utter uncertainty of my approach.” 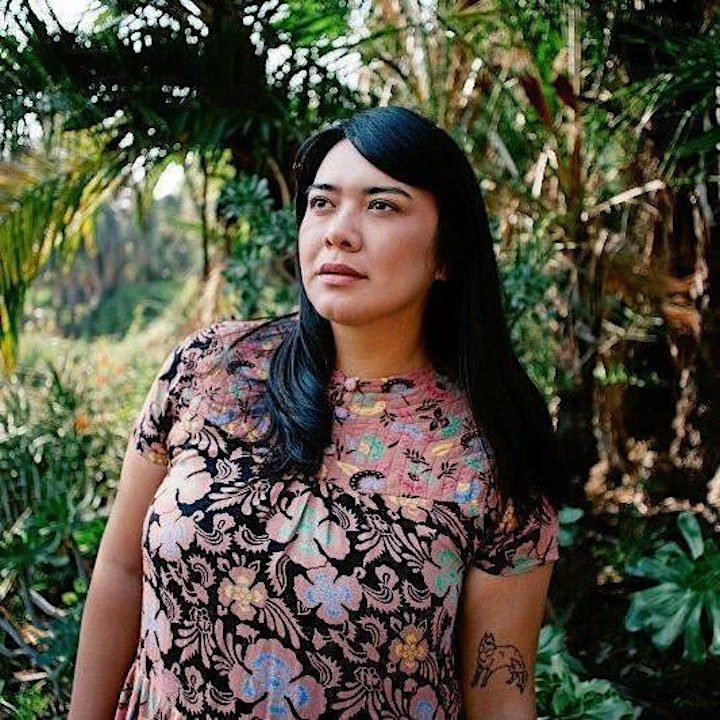 Katherine Paul is Black Belt Eagle Scout. In 2018 her debut album Mother of My Children caught the attention of many as one of the year's best albums, with Pitchfork observing the album as being "particularly elegant in the way it demonstrates how grief and love share space when something precious is taken from you, how the distinction between those emotions can blur," and Vulture called KP "a powerful new voice." Now, Black Belt Eagle Scout return with two new tracks on the Loss & Relax b/w Half Colored Hair 7-inch, released on April 26th via Saddle Creek.

"Loss & Relax" was first written following the recording Mother of My Children in 2017. As KP tells it, "I was full of emotion and also pride while recording in Anacortes (where MOMC was recorded) that I felt like there was something still there. I wrote the initial guitar line on this pull-out bed I was sleeping on in my parents living room while recording up there. I could have recorded it for MOMC but I felt like it would have been rushed and there was so much more to explore within the song."

It momentarily fell to the back burner, but soon began to take its current form over the course of playing it live in KP's hometown of Portland and on tour in support of MOMC. Members of KP's band have previously included the likes of Haley Heynderickx, Amelia Ley, and Nsayi Matingou, and all have contributed to the song's evolution, which has continued to grow with each new lineup.

Informed by the experience of traveling home, the song is an ode to KP's ancestors, past, present and future. "As I was writing the guitar line, I kept seeing the water of the Salish Sea and the local ferries drifting people in and out of place. Ferries are such a beautiful part of my childhood and served as a major form of transportation. Thinking about my home and how canoes have turned into ferries is a sad but also beautiful thought. Nowadays with Canoe Journeys, canoes are alongside ferries, roaming our waters to lands, sharing customs and culture. That is what I think about now, when I listen to the fully recorded version of the song. I see a strong and fierce community of my people, continuing to thrive in whatever comes our way. That is how I feel about myself, a survivor and thriver of this land, a water protector, a womxn, the future."

Somewhat more ambiguous, the record's B-side, "Half Colored Hair", explores the preciousness of moments we share with others and how the simplest thing can impact our own emotions and feeling towards one another. It is a love song, meant to be shared among lovers.

Together, the two songs display the next-step in what Black Belt Eagle Scout first instigated last year on MOMC, while also providing an intriguing glimpse into what we have to look forward to in the years to come.