iCal
Google
Cycles' March 25 show at Slowdown has been postponed.

We are currently working on a new date for the show and will post that as soon as we have it. All tickets purchased for the March 25 show will be honored for the new date. We appreciate your understanding.

Cycles epitomize the power-trio format with ripping guitar, fat bass grooves played out through furious slapping, and viciously dynamic drum beats flowing over intricate tempo changes. Each member wields a unique take on their instrument that when played together, forms a truly fresh and cohesive sound. Patrick Harvey commands the guitar with speed and precision reminiscent of Jimmy Herring while using his loop pedal virtually as its own instrument, a skill unique only to him. At the heart of the band lies Tucker McClung’s dominant slap-bass chops that captivates audiences and pumps the musical blood through the band. The recent addition of drummer, Collin O’Brien has brought new fire and life into band. With swift chops, fierce fills and decisive tempo, Collin has only further intensified the already explosive sound that is Cycles.

The current incarnation of the ever-developing sound of Cycles reveals itself today as a speeding freight train of sound and rhythm. Screaming peaks and balanced grooves find their way out of the chaos of a jam while samples ripped from the likes of Madonna, Lil Nas X and many more ring out and grab the unsuspecting audience by surprise, adding to the multicolored blend of sound filling a room and often standing out as comedic elements of the show. Drawing influence from artists such as Rage Against the Machine, J. Dilla, Primus, Weather Report, and many more, Cycles fuse an eclectic blend of genres to produce an original sound that has become harder and harder to find. Although only a few years old, Cycles have over 250 shows under their belt with tours extending across the entire U.S. A heavy touring schedule keeps them on their toes while providing the inspiration to continue to write and always strive to play better. Look out for their name soon on a festival schedule in your hands or a club marquee playing with your favorite bands. 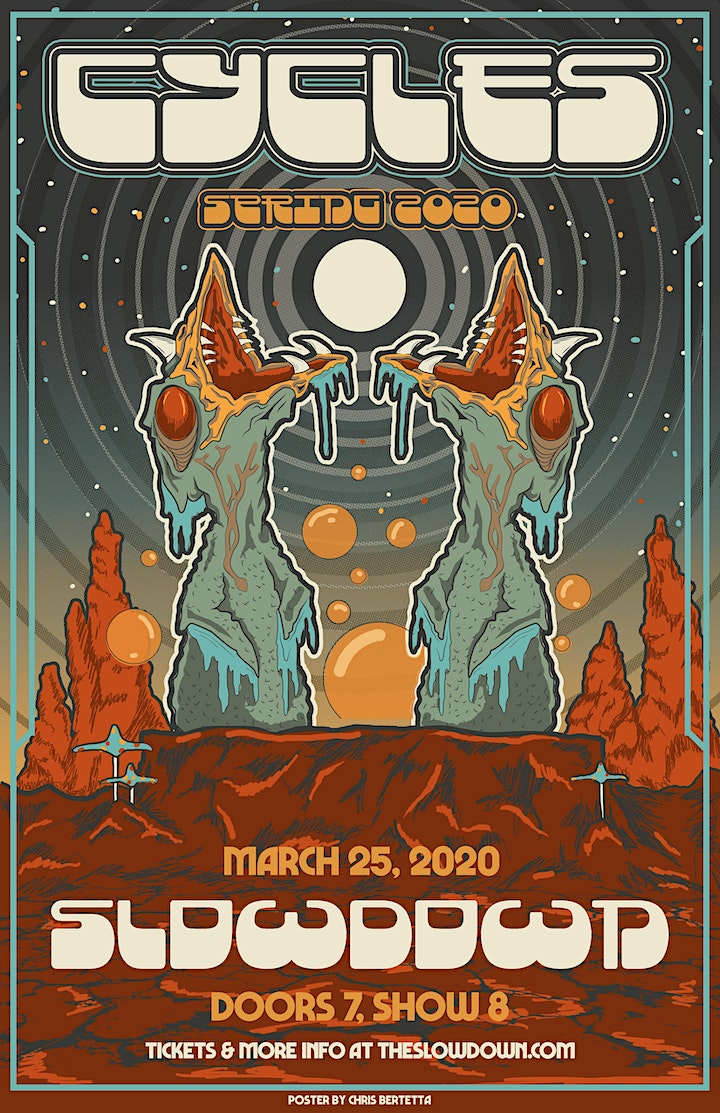 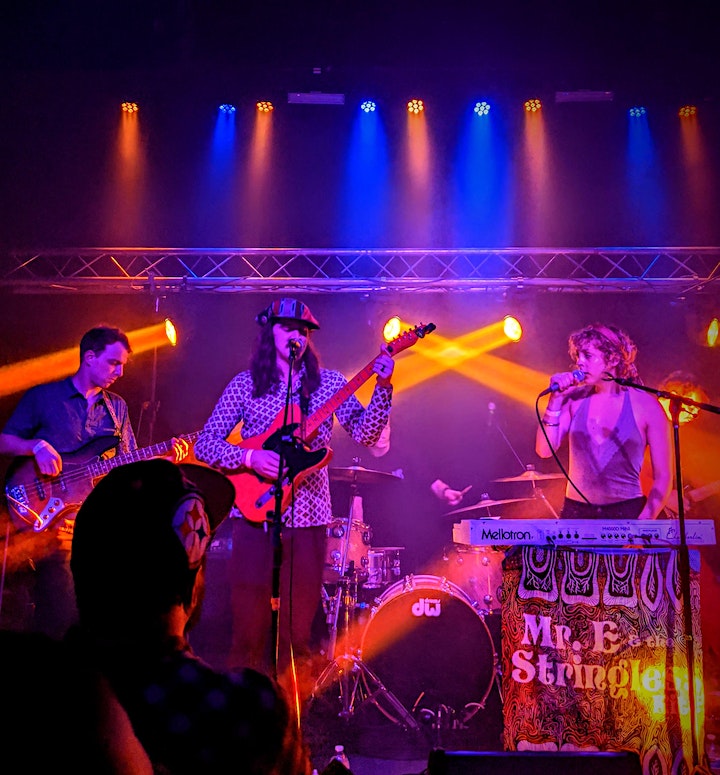 About Mr. E & the Stringless Kite

Mr. E & the Stringless Kite is a progressive psych-rock sextet from Omaha. Two albums deep (Seeds—2018, Siren Songs—2019) and numerous live shows in, Mr. E has been digging into a truly distinct sound in the local scene.

As a listener, you can expect to hear influences ranging from 60s/70s prog and folk rock, jam, funk, country, and ethereal psychedelic music. The sound is fresh, and band leaders Cole Eisenmenger and Kristen Brandt’s songwriting takes you on journeys all over the soundscape.

The band is made up of some of Omaha and Lincoln’s finest musicians, with scene staples Tom Adelman (Midland Band, MrMc$) and Jake Reisdorff (Midland Band, Funk Trek, Pure Brown) joining the band in September 2019. Sam Fleisher (bass) and Josh “Skip” Decoster (drums) round out the group with groovin’ rhythms. 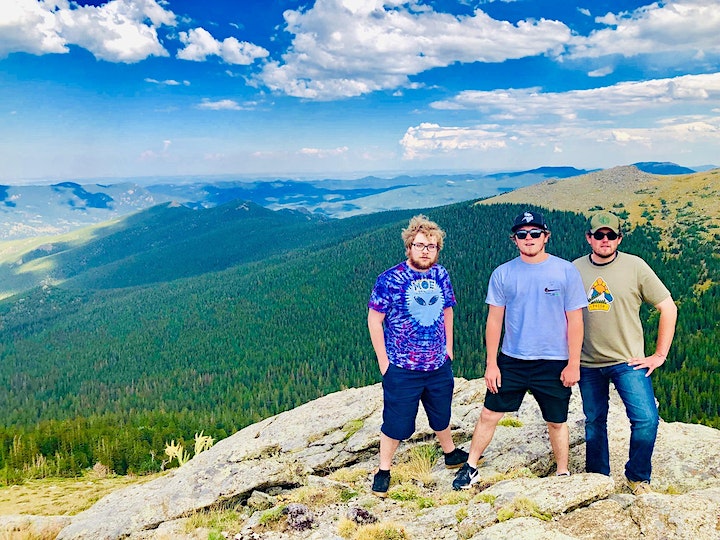 Hailing from Omaha, NE, the Slow Stoics are a young jam band that incorporates their raw sounds with improvisation to achieve their signature sound they like to call, "Celestial Crunk."

In November 2010, drummer Danny Berger-DeRoos and older brother Thommy on guitar, founded the Slow Stoics with 4 friends, at the young ages of 12 & 16. They played gigs periodically, recorded their first studio album, and made a few lineup changes through 2014, when an indefinite hiatus was brought upon by personal reasons.

The next couple of years welcomed bass player Adam Eschliman to the band, who had played in other projects with Danny, before. The Slow Stoics began playing open mics around their hometown in Winter 2015, which led to their first stage performance in April 2016.

The Slow Stoics continually put on awe-inspiring performances that show off musicality beyond their years and captivate listeners of all ages. Through touring and gracing fans with the Crunk, the Slow Stoics are looking to boldly go where no band has gone before!