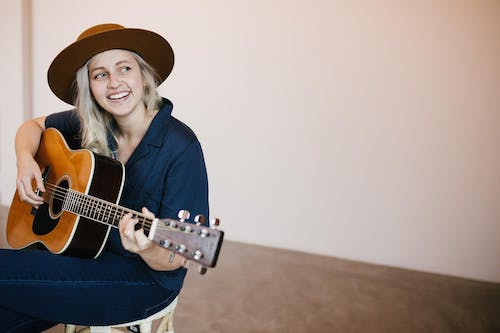 This show, which was previously scheduled for August 8, has been rescheduled for Saturday, October 24. All previously purchased tickets will be honored and do not need to be changed, updated, or reprinted.

Andrea von Kampen is an independent folk singer-songwriter based in Lincoln, Nebraska, whose effortless vocal delivery has been described by Ear To The Ground Music as having “the conviction of a gospel track and the sincerity of a Dylan folk ballad.”

Old Country, Andrea von Kampen’s debut full-length album, was released on February 8th, 2019. The album was recorded and mastered in Nebraska and features exclusively Nebraska-based musicians. Inspiration for Andrea’s songs often comes from literature, art, and nature; in particular the literature and nature of Nebraska and the Midwest. The title track, Old Country, is based on the book “My Ántonia” by Nebraska author Willa Cather.

Following her debut album, Andrea released a 3-song EP, Twilight & Evening Bell, in October of 2019. PopMatters wrote, “Throughout Twilight & Evening Bell, von Kampen continues to build upon the established strengths of her previous releases. Of the prairie, her songwriting regales in traditional folk melodies that often draw naturalistic pictures.”

Andrea has shared the stage with artists such as Mandolin Orange, Trampled By Turtles, Tall Heights, Ira Wolf, The Brother Brothers, Dead Horses, and many more.

Andrea von Kampen first appeared in the public eye with her submission of Let Me Down Easy into the 2016 Tiny Desk Contest. Within 24 hours of submission, NPR Music, All Songs Considered tweeted her video as the featured artist of the day, saying “we were completely blown away.” Ultimately, Andrea finished the competition as a top ten finalist, which lead to the increased popularity of her EP, Another Day, specifically her song Trainsong. Since then, her EPs have amassed millions of streams on Spotify and continue to grow.