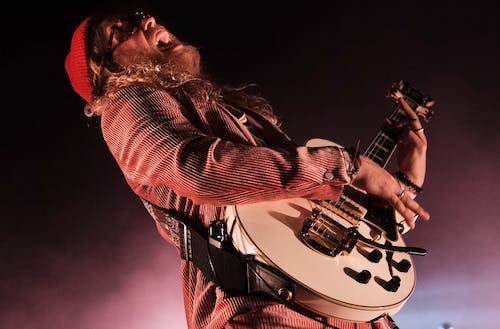 This show was originally scheduled for March 17. All tickets from the March show will be honored for the new August 24 date and do not need to be changed, updated, or reprinted.

On his third full-length album, singer/songwriter Allen Stone proves himself deeply devoted to making uncompromisingly soulful music that transcends all pop convention. Radius marks the follow-up to the Chewelah, Washington-bred 28-year-old’s self-released and self-titled sophomore effort, a 2011 album that climbed to the top 10 on Billboard’s Heatseekers chart and gained acclaim from renowned rock critic Ann Powers (whose NPR review hailed Allen Stone as “meant for those of us who like our R&B slightly unkempt and exceedingly feelingful”). Made in collaboration with Swedish soul singer/songwriter/phenom Magnus Tingsek, Stone’s latest batch of songs capture the warm energy of that creative connection and transport the listener to a higher and more exalted plane.

Culled from several dozen songs penned through a year and a half of constant writing and refining, Radius bears a title that reflects both its scope and intimacy. “The radius is that line extending from the center of the circle to its exterior,” says Stone, “and in a lot of ways this album is about getting out things deep inside—whether it’s love or insecurity or joy or frustration about things going on today.” Along with immersing himself in a songwriting approach that involved unflinching examination of “some very dark and negative moments in my life,” Stone shaped the sound and feel of Radius by pushing himself to “get past the boundaries of what I felt comfortable with, so that I could progress into a whole new level of creativity.” Despite that sometimes-daunting process, Radius wholly reveals Stone’s easy grace in blending everything from edgy soul-pop and earthy folk-rock to throwback R&B and Parliament-inspired funk.

Radius first began to come to life back in the fall of 2013, when Stone headed to Sweden to join in a writing session with Tingsek. “His musicality is so outside-the-box, and it really stretched me as an artist,” says Stone, who’d tapped Tingsek as one of his opening acts for an 85-date headlining tour in 2012. “We just kept on throwing a wrench into the works and tried to create something that’s the complete antithesis of what you’d expect from pop music.” After recording the bulk of the album in Sweden, Stone rounded out Radius’s production at his own studio in the woods of northeast Washington and in L.A.-based sessions with producers like Benny Cassette (who’s previously worked with Kanye West) and Malay (a co-producer on Frank Ocean’s channel ORANGE).

Like many of his own musical heroes—Stevie Wonder chief among them—Stone pulls off the near-magical feat of channeling a weight-of-the-world sensitivity into his songs while still radiating hope and promise. And though that depth of consciousness feels transmitted from a more golden era, Radius continually hones in on issues both timeless and of-the-moment, with Stone’s breezily poetic lyrics touching on topics ranging from rampant materialism (on the tenderly string-accented, harmony-soaked “American Privilege”) and the toxic takeover of technology in art (on the gutsy and groove-heavy “Fake Future”). “That song’s mainly about how technology’s infiltrating music in a way that’s making it less and less human and taking all the heart out of it,” Stone says of the latter track, a soul-pop powerhouse peppered with playfully cutting lines like “Rock stars pushing buttons/Few actually play/City wasn’t ever built on lights and Special K.” And as evidenced by Radius’s lush yet raw sonic landscape—wherein the only hint of synth comes from a Moog analog synthesizer—Stone stayed true to his pledge to “keep fakeness completely out of this record” and rely entirely on live instrumentation.

Equally introspective and outwardly searching, Radius also finds Stone exploring intensely personal matters, such as depression on the stark and lovely, acoustic-guitar-woven ballad “Circle” (“That one was written at a pretty dark time for me,” Stone points out. “It’s about how depression can put you into a kind of circle, where you’re just trying to find a way out but it keeps on leading you back inside”). Showing his skill at crafting a killer love song as well, Stone looks at heartbreak and regret on the aching, electric-piano-infused “I Know That I Wasn’t Right,” slips into hopeless romanticism on the dreamy R&B pastiche “Barbwire,” and unleashes some starry-eyed affection on the dancefloor-ready “Symmetrical” (a sample lyric: “The angle of your spine/Is sending lightning bolts down mine/When those molecules combine/It’s astronomically divine”). And in tracks like the ultra-catchy album-opener “Perfect World” and the fiery, horn-laced “Freedom,” Radius unfolds into epically joyful anthems that show the full range and power of Stone’s vocals.

Stone started working those vocals as a kid, thanks largely to his parents’ influence. “My father was a minister so I spent about half my childhood in church, watching my mom and dad sing together and lead the congregation in song,” he recalls. By the time he was 11 he’d picked up a guitar and written his first song, and soon began self-recording demo tapes to pass along to classmates. Although Stone enrolled in bible college after high school, he quickly dropped out to move to Seattle and kickstart his music career. “I had an ’87 Buick and I’d drive up and down the west coast, playing any gig I could get just to try to put my music out there,” he says. 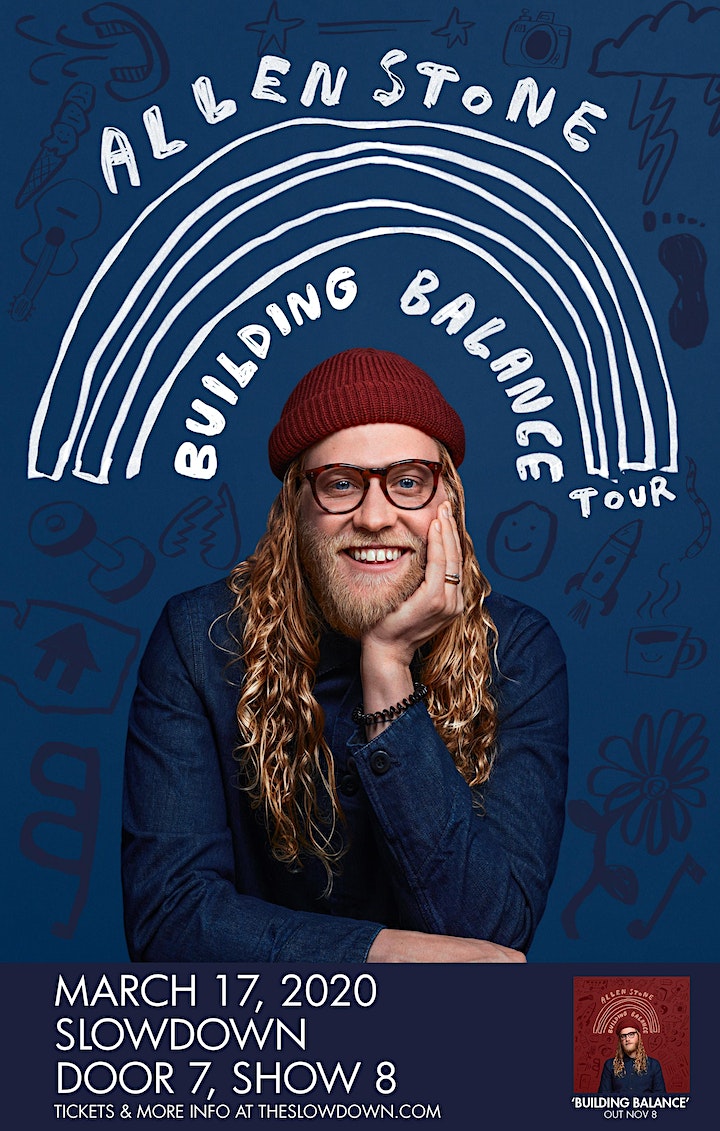 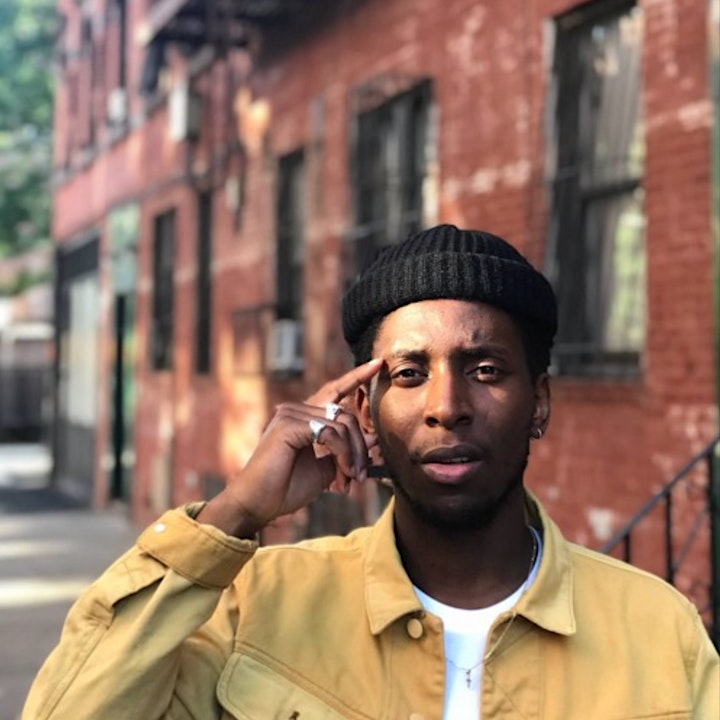 About Andy Suzuki & The Method

NYC-based Andy Suzuki and Kozza Olatunji-Babumba have been making music together since they were classmates in college, and their early 2019 full-length release, "Alibi", is their most-cohesive, energetic project to date. Their partnership with LA-based producer Juny Mag has infused the songwriting duo's brand of bluesy rock with Juny's signature futuristic production. As performers, they are as fearless as they are fun - their fans have been known to fly across the country to attend Andy Suzuki & The Method shows.

The half-Japanese, half-Jewish Suzuki and hand-percussionist Kozza (grandson of percussion legend Babatunde Olatunji) first garnered wider attention with their buoyant, organic folk-pop album, "Born out of Mischief", and soon found themselves supporting artists like Ringo Starr, Eric Hutchinson, Joshua Radin, Marc Broussard, Delta Rae, and Tyrone Wells. Fans fell hard for their combination of a "velvet voice" (NPR) and their “deadly way with melody" (Timeout New York). Their next release, "The Glass Hour" was met with critical acclaim and a premiere on Billboard.com, but shortly after releasing that full-length album, the duo was back in the studio working on "Alibi", hoping to hone in on a sound that pulled from their diverse backgrounds and array influences.

What do Andy and Kozza sound like? Imagine if the Allman Brothers were produced by Diplo. Or if The Black Keys didn't take themselves so seriously. However you describe it, Andy Suzuki & The Method are worth checking out before they outgrow the east coast rock club circuit.